I bought the business from a man in Okotoks, Alberta. He was 71 years old and ready to retire. I worked with him for 6 months to learn the ropes and on July 1/1999, I was on my own with a crew of 4 good guys. One of the first things on my agenda was to stop with the blasting techniques he had taught me. During my first 6 months I tried to explain how the blasting was making the difficult task of restoring wood seem easy by cutting too many corners. The logs would need to be sanded after the blasting anyway. To make things worse, the clean-up inside the house after the blasting was a task I never wanted to do again, there was dust and blast media EVERYWHERE, as well as the corn cob or sand inside is the coating that the logs were treated with. This stain or paint is now powder like and covered everything in the interior. We have not used the blasting equipment since.
We have restored log homes all over Alberta where we started in 1999. Our area expanded to cover Western Saskatchewan and Eastern British Columbia.  As of 2008 we expanded to include all  points west including Vancouver Island!  We are now based in southern Alberta again, continuing our service area as far west as Vancouver Island, while maintaining all of Alberta.

Please ask us any questions that you may have and we will be happy to respond. If you would like to arrange to have us visit you and complete an inspection and offer a proposal for work to be done, please call or email us to arrange an appointment. 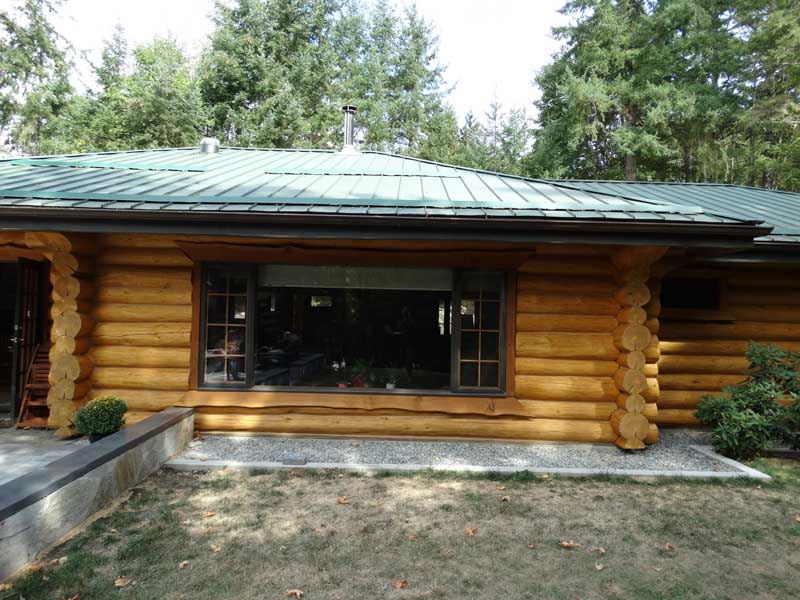